The 10 Best Oxford Shirts for Men 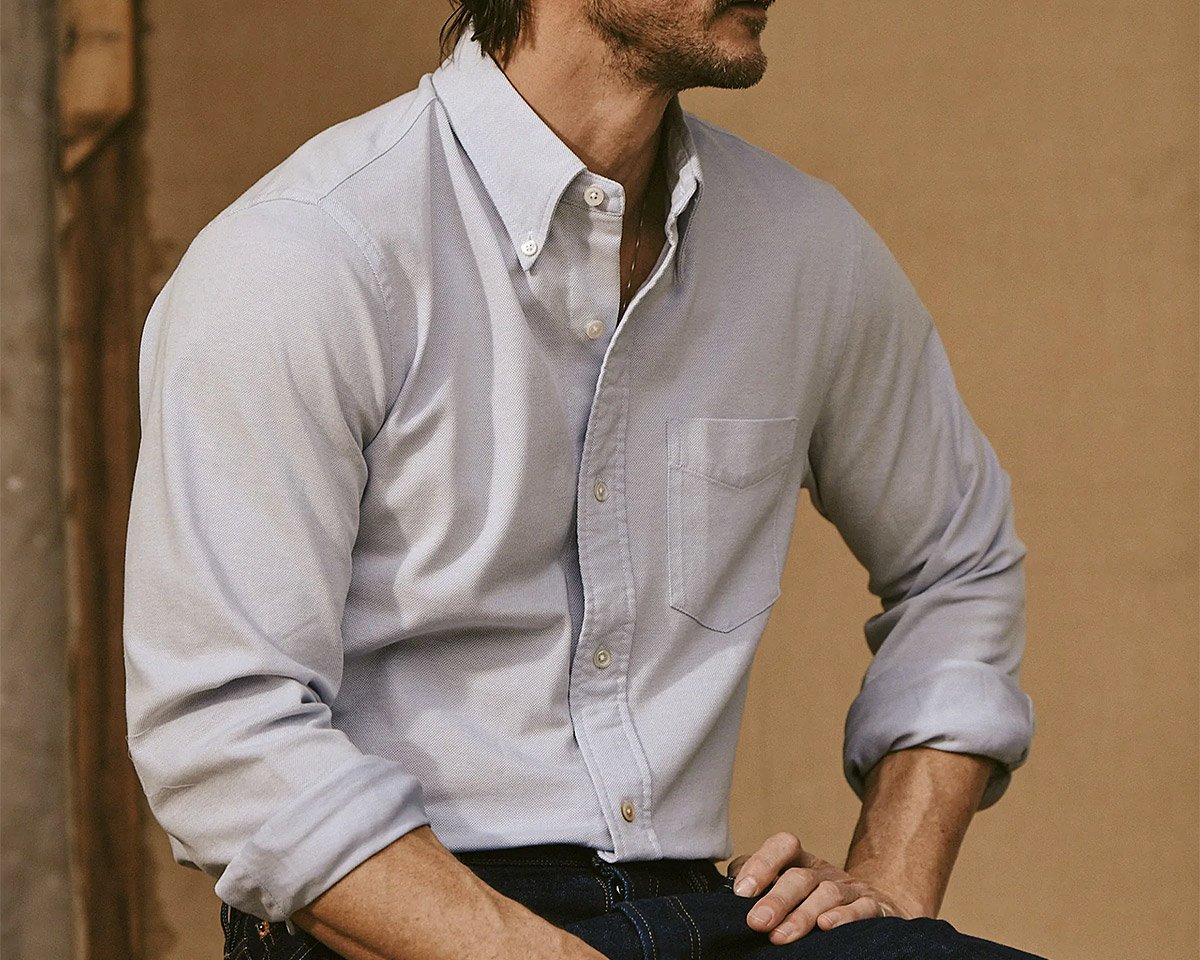 There are certain things in life, and in menswear, you need to be able to count on consistently. In life, that might be the changing of the seasons, and in the style world, that might be – among other staples – the reliability of the Oxford shirt. The phrase “tried and true” comes to mind, because that’s exactly what the Oxford shirt is, year after year.

Where did the Oxford Shirt originate?

So named for the Oxford cloth fabric used to weave the original Oxford shirts at a 19th-century Scottish mill, the best Oxford shirts today nod to that lineage while resting squarely in the pantheon of modern menswear classics.

The shirt owes its name to England’s own Oxford University, although the style was later co-opted by American college students in search of a historic prep look – yet another key part of the history of one of the best shirts for men to be found anywhere.

It really does seem like the best Oxford shirts are as all-American as they get, especially when worn with dusty tan chinos or blue jeans (also functional menswear staples that made their way into everyday life).

What are classic Oxford details?

Any way you look at it, the Oxford shirt features crucial details like a buttondown collar – used to keep the collar from flapping around when worn by British polo players, plus (oftentimes) a chest pocket, another more casual detail. And, note that Oxford fabric is heartier than, say, thinner fabrics used for dress shirts.

The Oxford shirt is, today, one of the best business casual style moves as well as a dependable go-anywhere shirt in virtually any season.

The best Oxford shirts are the type of shirt you can wear untucked with slim dark blue jeans, layered under a lightweight bomber jacket or paired more casually (unbuttoned over a tasteful graphic tee, for instance).

Now that you know the basics of one of the best shirts for men, let’s sort out which Oxford shirt you need in your wardrobe.

It’s easy to think of the Oxford shirt in the context of all-American menswear must-haves, and Buck Mason takes that inspiration to heart with its own on the style staple. That echoes through in the name itself (like the shirts worn on college quads years ago), as well as the classic nature of the shirt’s design.

The yarn-dyed Oxford knit is, like all the best Oxford shirts, sturdy but easy to wear, with nice texture and a pleasingly lived-in feel.

The Oxford shirt is already the ultimate mix-and-match fashion, and this one just might take the cake among the best iterations of the silhouette.

There’s a reason Taylor Stitch springs to mind when talking about plenty of the best menswear essentials, the Oxford shirt very much included. The Jack Shirt is a perfect encapsulation of the modern Oxford shirt.

It’s a touch classic and a touch modern, now made from 100 percent organic rugby cotton that feels substantial without being too heavy.

It’s made to be worn tucked in or untucked, with a fit system based off chest sizes for a more precise shirt-wearing experience, and the buttondown collar features a pleasant roll, just like old-school shirts.

If you trust J.Crew to make an affordable tailored suit and other go-to items like your favorite henley and expertly lived-in jeans, why not turn to the venerable American retailer for another timeless pick?

The garment-washed Oxford cotton makes this shirt super-soft to the touch, while four fit options (including options for taller guys) deliver agreeable styling potential for practically everyone. Beyond that, the price is outstanding for J.Crew’s consistent quality, and you’ve got your pick of 15 bright, engaging color and pattern picks beyond just crisp blue or white.

If we’ve said it before, we’ve said it plenty of times – the brand that makes your favorite chinos now can do so much more than that, including your new favorite Oxford shirt.

Bonobos is another company that knocks it out of the park when it comes to fit (choose from options including Slim and Athletic) as well as value and versatility.

For good measure, these shirts pair expertly with chinos, denim and joggers in a plethora of cool colors. And Bonobos went a step further with modern innovation, incorporating helpful stretch into this old-school staple.

Look no further than Brooks Brothers if you want to trace the history of the Oxford shirt in the States, since the pioneering company turned the shirt into a daily staple for well-dressed gentlemen everywhere.

The company has gone more modern with its fits in recent years, but the Regent fit is a regular fit option that should work well for most guys. Most notably, it’s made with care in America, something you won’t often find nowadays, and it’s as sharp a white Oxford shirt as you’ll find (style it with your favorite navy blazer for good measure).

Head over to England to find one of the most true-to-form examples of the original Oxford shirt, with plenty of accurate details and carefully considered design. You’ll find options made from sleek, non-wrinkle and no-iron fabric, but its the Button-Down Collar Washed Oxford Shirt, made from 100 percent cotton, that checks the right boxes in our book as far as the best men’s Oxford shirts are concerned.

Touches like the rolled collar itself and the chest pocket are small, on-point touches, while colorways like Stone and Ocean Blue shake things up from the norm just enough.

New York-based designer Todd Snyder has quite the penchant for taking throwback picks and making them modern and wearable for today’s well-dressed man, including the collegiate-inspired Oxford shirt.

The style is one that can be worn with everything from rolled selvedge denim (also sold by Snyder) to linen dress pants in the warmer months, and the fit and details of this shirt are spot-on.

Perhaps that’s why it earned the “Favorite” tag, since it’s meant to get every portion (from fit to the cool button chest pocket) absolutely correct. Opt for an eye-catching striped option as a nice change of pace from neutral colors.

Japan makes some of the best textiles in the world, including cotton found in the best Oxford shirts (not to mention some of the coolest selvedge denim on the planet).

Take your pick from Standard or Tall fit choices, and note the highly agreeable sub-$80 price tag. In fact, it’s so fairly priced for the quality, you could very well pick up more than one while selecting from highly versatile colors like Slate or Cloud Grey.

At its core are cool, on-trend yet timeless staples like chore coats, faded denim and garment-dyed blazers, plus this well-made Oxford shirt.

The garment-dyed fabric is extremely soft to the touch, the fit is tailored but not too tight, and the fact that you can mix and match this shirt with Alex Mill trousers and sweaters is a nice bonus, too.

Close out your search for one of the best men’s Oxford shirts with another uniquely British company that nods to the heritage and tradition of the style in a major way.

The 100 percent cotton fabric gets a modern upgrade via wrinkle-free construction that helps keep it sharp all day long, while the collar itself features that classic roll, the kind that can easily stand up to the texture of a silk knit tie.

It’s more of an investment at nearly $200 when not on-sale, but you very well might have this shirt for years with the proper care.

VSSL Combines a Stainless Insulated Flask with a Bluetooth Speaker