The 10 Best Science Fiction Books of All Time 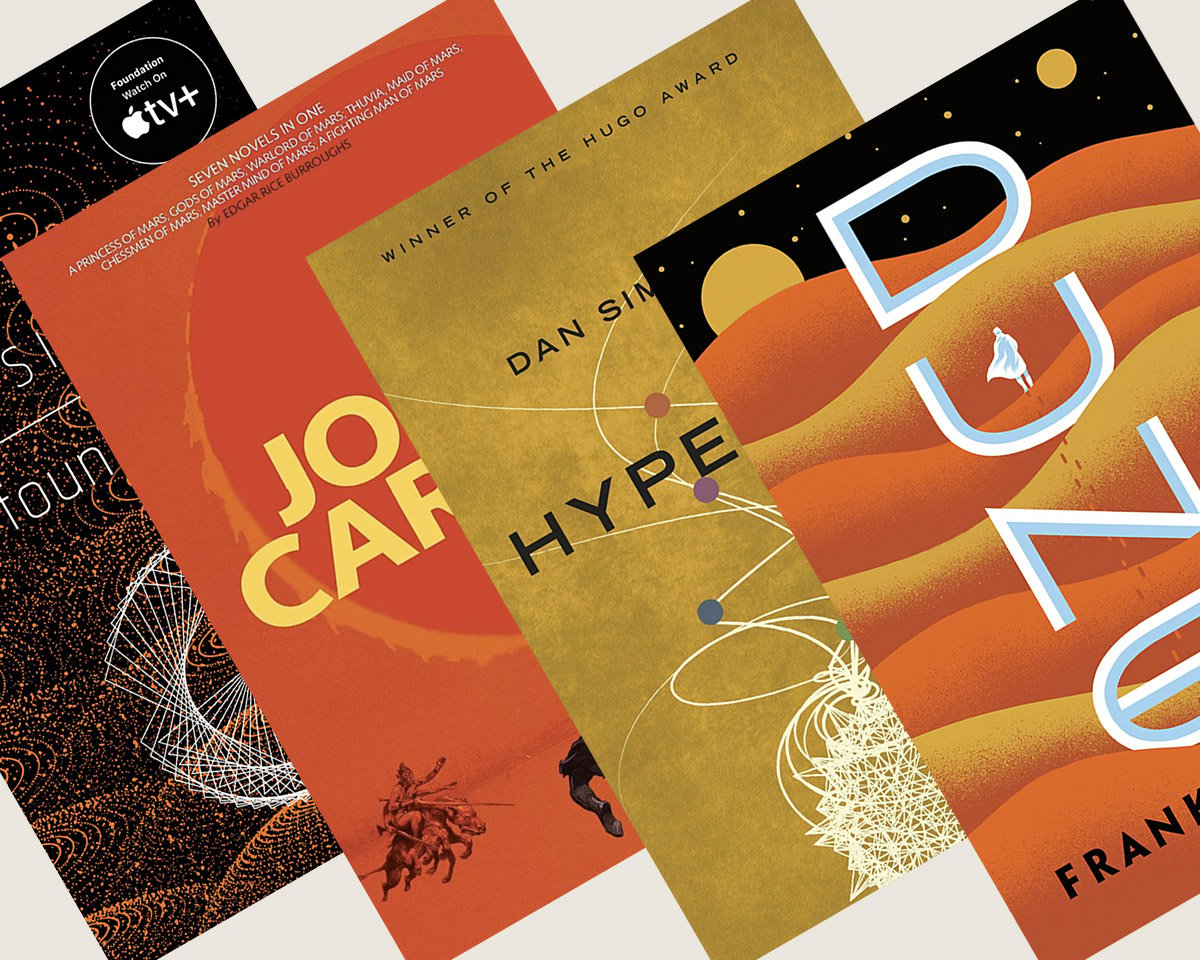 Science fiction has always enchanted and delighted me.

Since the day I was first sucked into the “sword and science” adventures of John Carter (by E.R. Burroughs) over 25 years ago, I’ve always loved glimpses into the future where technology has made the impossible possible, where people can travel the stars and encounter never-before-seen planets, galaxies, and alien species.

I’ve avidly consumed every science fiction book I could get my hands on, and even dared to pen my own (the 13-book Cerberus series).

Below, I want to share with you a list of sci-fi books you have to read at some point in your life.

If I included all of the “best sci-fi books” on this list, it would be easily 100+ items long. So I’ve had to make some hard choices and whittle it down to the books that have been the most engaging, that I’ve loved most, and that have made the greatest impact on me as a reader, author, and human being.

I hope you find these books as enrapturing as I have.


Twenty Thousand Leagues Under the Sea by Jules Verne

In an age where exploration and travel was so popular, this book (literally) takes a deep-dive into a corner of the globe still largely unexplored: the depths of the ocean.

Captain Nemo and his Nautilus were written about decades before modern submarines, and yet the story turned out to be eerily accurate in its predictions about what underwater travel—and combat—might one day look like.

I am a die-hard fan of this series because it was the first one to open my eyes to the world of science fiction. After binge-reading all the Tarzan stories, I discovered the epic “sword and science” adventures of a Virginian soldier, John Carter, who is mysteriously transported to Mars, a place of fierce alien races, monstrous beasts, and, of course, daring heroics.

All of the Barsoom stories—of which there are 11, featuring John Carter and other Earth-born and Martian heroes—are action-packed and absolutely exhilarating, showing the best of what men and women could be when courage and determination are their main attributes.

“The spice must flow.” Also known as the Dune Chronicles, Frank Herbert’s sci-fi masterpiece brings to life a future where computer-based technology is banned, but where advanced physical and mental disciplines allow the heroes, villains, and everyone in between to achieve truly marvelous things.

It’s an epic story on an immense scale, with an ecological message that, though subtle, cannot be ignored. You will find fewer science fiction series as complex and intricate as the Dune series.

The Foundation series is just one of those for which biochemistry professor and science fiction author Isaac Asimov is well-known. He is considered one of the “Big Three” sci-fi writers, with more than 500 books under his belt.

But what makes the Foundation series so fascinating is that it uses history—both real-life history and the fictional history of the Galactic Empire—as a lesson from which to learn, an allegory that can show the characters (and through them, us) how mistakes from the past can lead to a better future.

The question of individualism is another fascinating one that is wrestled with over the course of the books, and a reminder that everyone, no matter how “ordinary”, has the power to enact great changes by making the right choice at the right time.


Hitchhikers Guide to the Galaxy by Douglas Adams

What began as a radio comedy broadcast airing on BBC Radio 4 grew to become one of the best-loved science fiction series of all times.

There’s no denying that the adventures of the quintessentially British Arthur Dent and his bizarre companions—including two-headed Zaphod Beeblebrox, interstellar travel researchers Ford Prefect, Marvin the Paranoid Android, and very human-turned-galactic-traveler Trillian—aboard the Heart of Gold spacecraft are zany, entertaining, incredibly humorous, yet offer a keen insight into human nature.

Douglas Adams wraps up deep thoughts on life and the universe in the guise of a laugh-out-loud hilarious space adventure that is truly unlike anything else ever written.


The Expanse by James S. A. Corey

Many people are familiar with The Expanse thanks to the SyFy T.V. series, but die-hard sci-fi fans will have first read the amazing works of James S. A. Corey (the pen name for authors Daniel Abraham and Ty Franck).

The series started out as a setting for an MMORPG, but the depth of research and complex character creation led to the inception of what is now a nine-book series.

Even the most hardcore of “hard sci-fi” addicts will agree that it’s insanely accurate in terms of physics and the mechanics of cosmic travel, but the story itself is still absolutely addicting for anyone who is just looking for a truly epic adventure filled with daring heroics, complex political schemes and intrigues, and space battles galore.


The Hyperion Cantos by Dan Simmons

The Hyperion Cantos is a truly unique masterpiece of the science fiction genre, but also a sterling literary achievement in its own right.

The first book was written in the style of The Canterbury Tales, each character telling a unique element of the story from their perspective. Through these multiple points of view, we are introduced to the many fascinating components of the Shrike Church, the Hegemony, and the futuristic society in which the series takes place.

What began as a tale told by an elementary school teacher to his students has grown to become one of the most beloved and influential series in modern science fiction. Plus, few other sci-fi races, creatures, or species can truly instill fear or evoke such powerful violent imagery as the mysterious-yet-terrifyingly-deadly Shrike.

Ender’s Game does something truly special: it takes a seemingly ordinary child and, through the course of a single book, reveals just how extraordinary they can become through resilience, grit, and ingenuity.

The story follows young Ender along his journey through war games training, and though much of it is presented as “games”, the struggles he faces and overcomes are no less real or challenging.

So remarkable is the book that it is actually recommended reading for the U.S. Marine Corps, a winner of multiple awards, and still considered a major influence by many modern sci-fi writers.


The Martian by Andy Weir

In 2011, something extraordinary happened to the world of science fiction: a book that was essentially “crowd-written” was published to spectacular success.

The Martian was initially penned on Andrew Weir’s blog as a serial, but crafted based on input from experts ranging from rocket scientists to geologists to astronomers. At its core, it’s the simple, gripping story of one man’s desperate struggle to survive the impossible through sheer persistence and determination. The science fiction aspect only makes it grander and more inspiring, giving insight into the true challenges that face humanity as we attempt to colonize and explore the universe around us.


Do Androids Dream of Electric Sheep by Philip K. Dick

Fans of the more dystopian flavor of sci-fi all speak of Do Androids Dream of Electric Sheep? with only the highest of praise.

Set in a post-apocalyptic future, the world is a grim, dark, cybernetics-infused place where only the very rich can afford real animals, but the poor live with electric animals (hence the title).

Through a story that very much reads and feels like a hard-boiled detective noir tale, the author explores themes of empathy in a world overrun by technology, the importance of retaining our grip on humanity, and the possibility of computer-based technology one day evolving to the point of developing their own version of “emotions”—all wrapped up in a dry, often absurdist sense of humor that makes it one of the most compelling science fiction novels ever written.