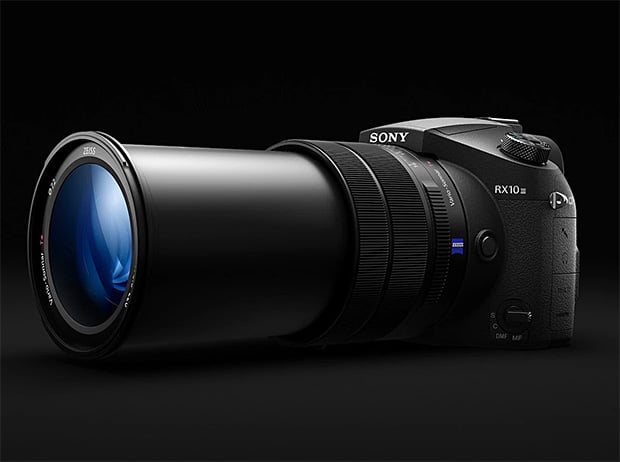 There’s a lot going on in Sony’s latest iteration of the RX10. It still gives you 960 fps, 1080p super slo-mo, 30 fps 4K filming and 20 megapixel stills at 14 fps. The big upgrade to the new model is the giant zoom lens: an f2.4, 24-600mm that will make footage from your nosebleed seats look like you were front row on the floor. 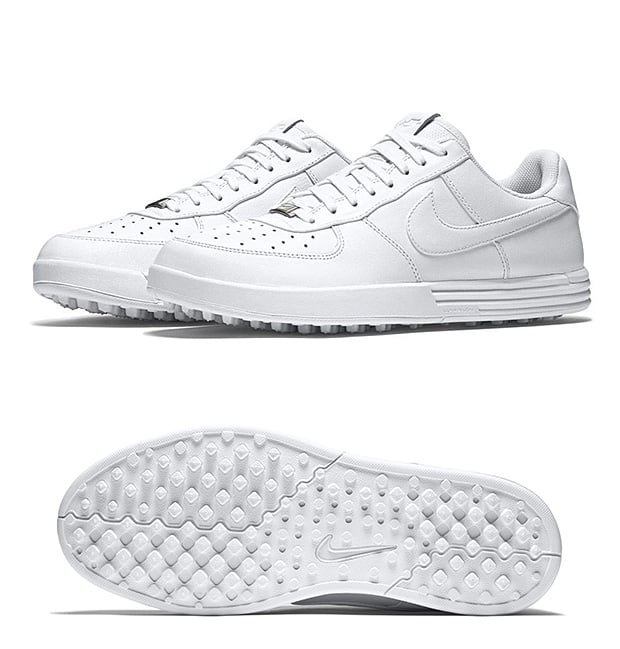 Modeled after the iconic Air Force 1, Nike’s LunarForce 1 golf shoe takes a classic silhouette and outfits it for action on the links. Instead of traditional spikes, it features a raised waffle traction outsole with a midsole of cushy Lunarlon. Available in all white and white/black. Available April 1. 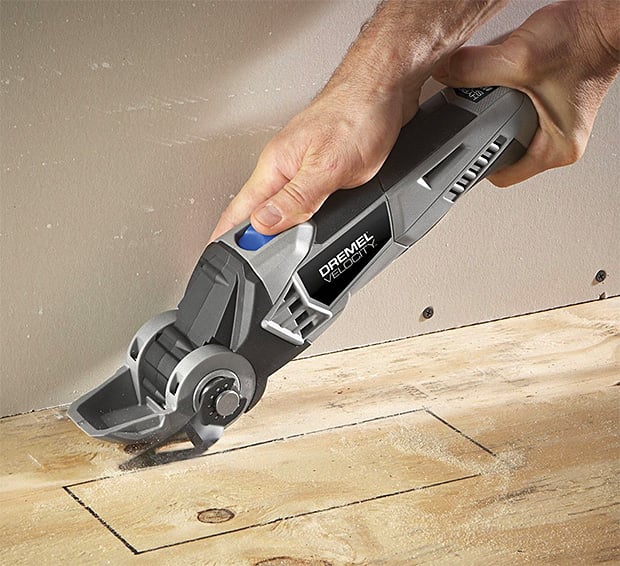 You might need a big, burly Sawzall or other industrial cutting tool for the heavy work, but when it comes to the more detailed side of the remodel, Dremel’s new 7-amp Velocity VC60 oscillating multi-tool will get into the tight spots and cut quickly. Features like 2-position cutting head, locking control foot & vertical grip mean precision cuts in all kinds of material. 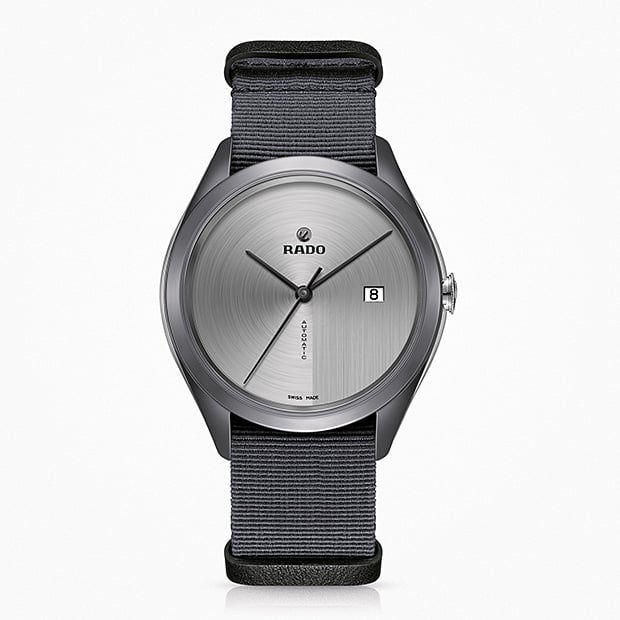 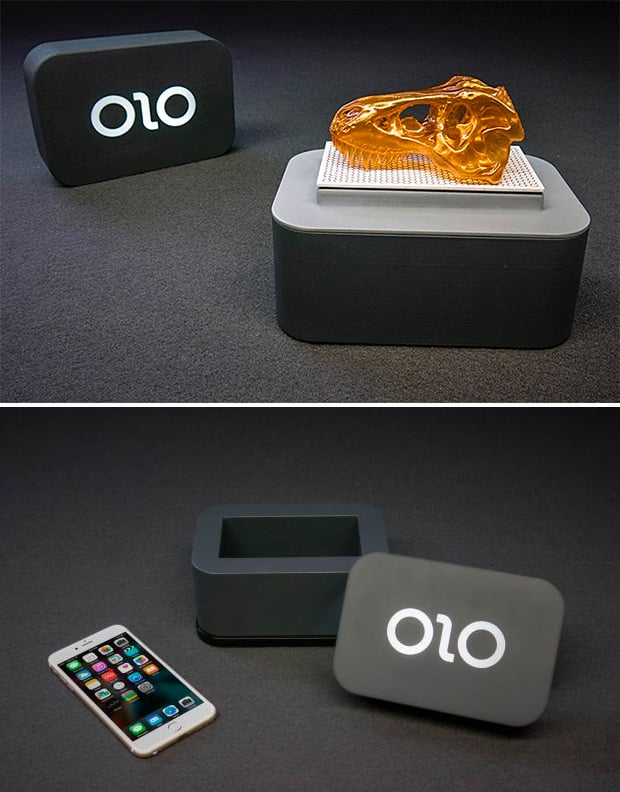 OLO is the first-ever smartphone-powered 3D printer. It uses the light from the front of your iOS, Android or Windows phone to print 3D objects from all sorts of 3D & scanning software, as well as designs from OLO’s own library. Using light-sensitive resins, it can build hard or flexible objects for countless applications. 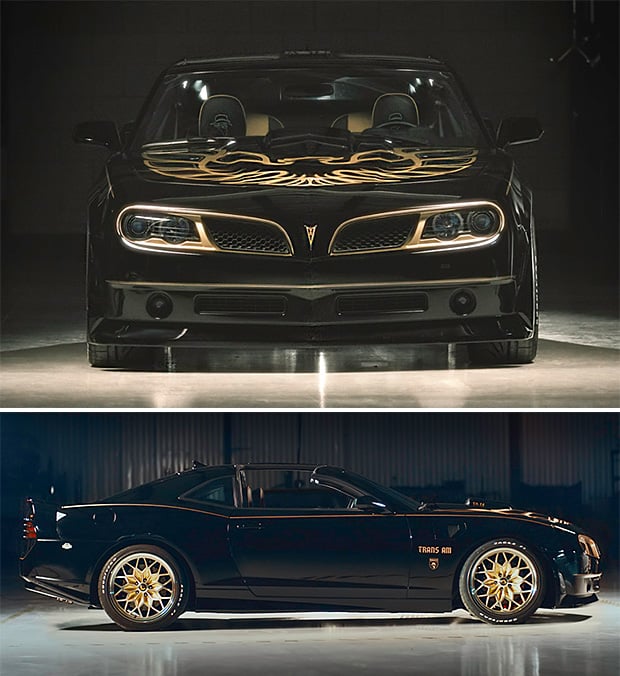 Custom car builder Trans Am Depot has teamed up with Burt Reynolds to design an updated version of the Pontiac Trans Am he drove in the 1977 film Smokey And The Bandit. It starts with a new Chevy Camaro that is transformed to resemble the Bandit-mobile in every way possible, from the giant firebird hood graphic to the retro-inspired Snowflake wheels. And with 840 horsepower, the Smokey’s will have a tough time catching you, too. Only 77 will be built. 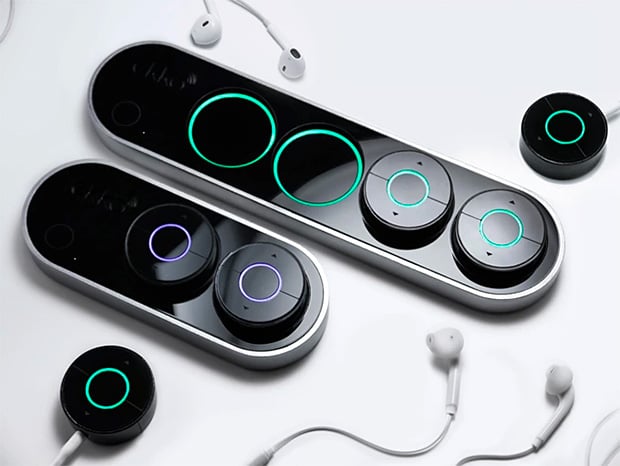 This is the first Hi-Fi wi-fi audio hub for headphones and speakers. It uses low frequency wi-fi to stream real-time audio to multiple listeners. Up to 4 at a time. Using small, individual wireless HUB receivers, the system works with any & all headphones & speakers. A funded Kickstarter. 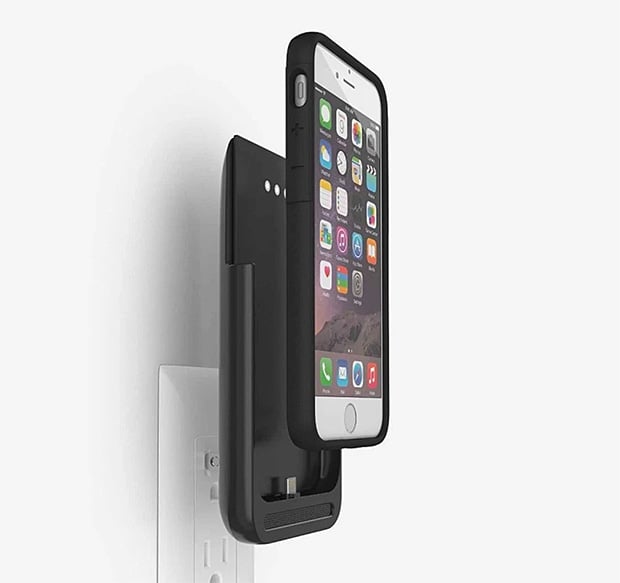 Built-in plug prongs mean you can plug the protective PWR case/backup battery straight into the wall outlet to charge up. Never stress forgetting your charging cable again. It doubles battery life for your iPhone 6/6s & has a mini USB plug just in case. 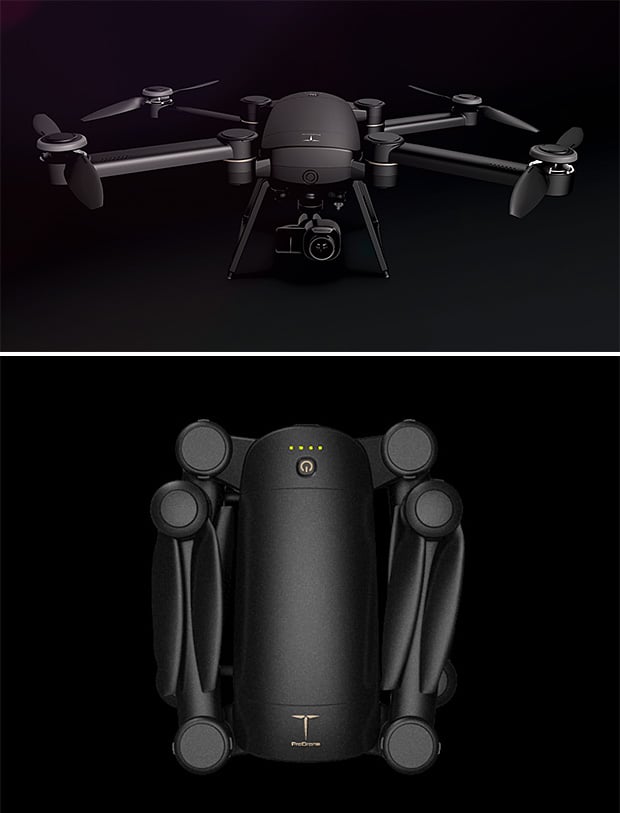 The Byrd Quadcopter features a fold-up design making it perfectly portable for those strike missions off the beaten path. Carry it out in your pack & set it back up in minutes. It offers 25-minute flight time and comes standard with a 1080p video camera. An upgraded version offers a 4K camera option and “follow me” tracking function. 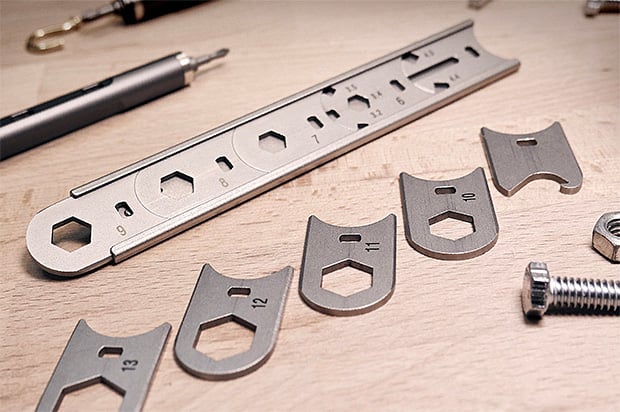 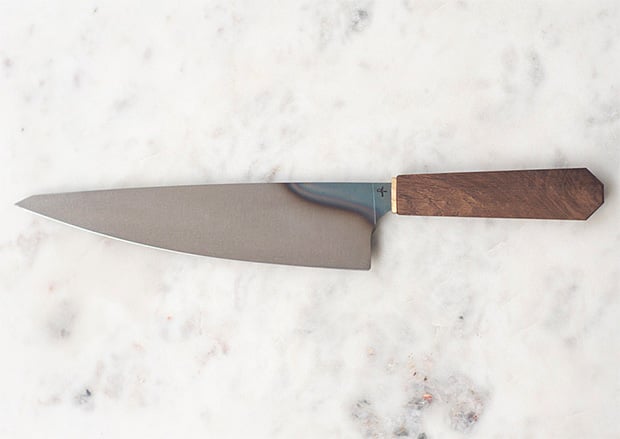 German knife-maker Ulrich Hennicke created the Y2 MonoStahl chef’s knife; its length & profile give it classic dimensions  but the difference is the detail. It features a C100Cr6 carbon mono-steel blade, an octagonal oak handle & a polished brass bolster. 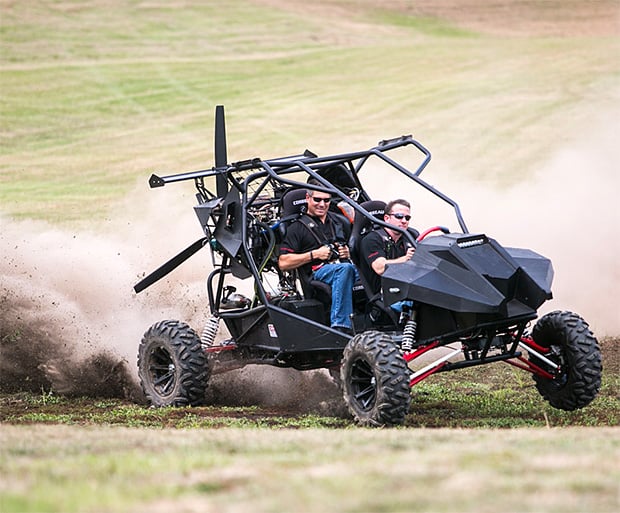 This latest version of the SkyRunner can be transformed from an all-terrain vehicle to a lightweight sports aircraft in a matter of minutes. Picture it:  one minute you’re ripping down the trail kicking up dirt, then next, you’re flying it over the river at 55 mph to the other side. Or climbing up to 10,000 feet elevation and flying home instead of driving. 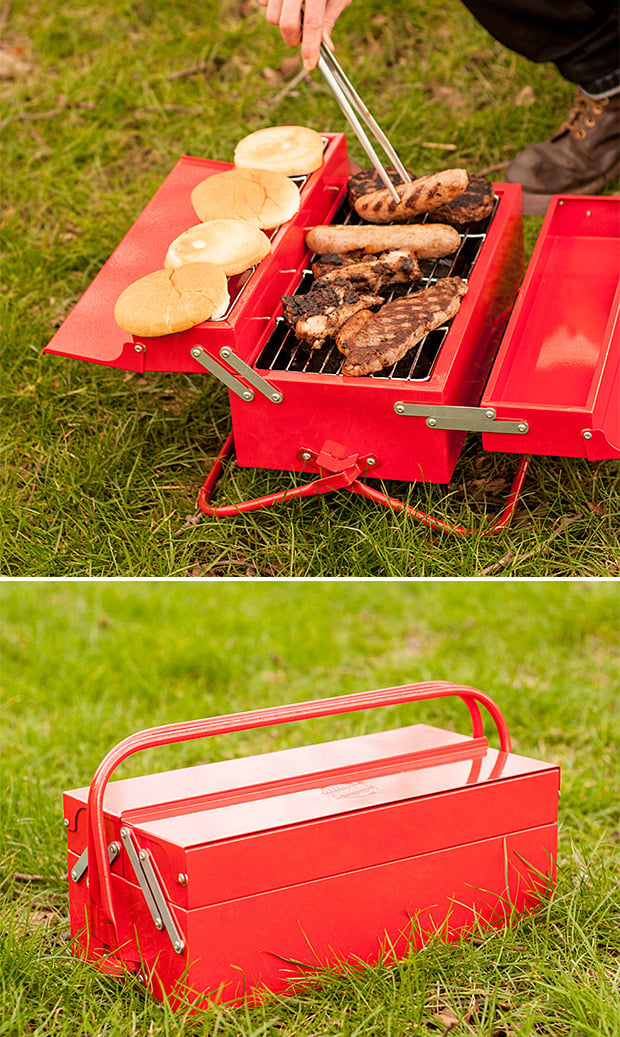 If you think of barbeque as serious work, you’ll see the obvious utility of this metal toolbox grill. Open the steel carrying handles & it folds out to 8 X 15” grill with an elevated warming rack. There’s a removable tray for easy cleaning & changing the charcoal & it’s finished with super-high temp paint. 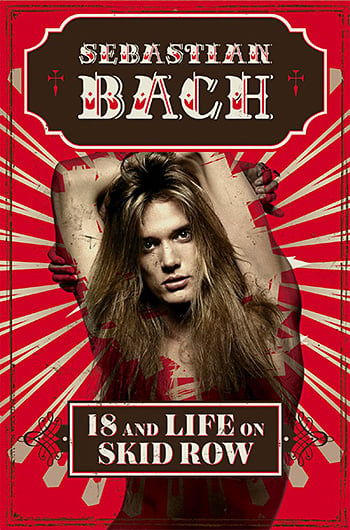 Skid Row was an 80s hair-band juggernaut but there’s a lot more to the story. Sex, drugs, & excess, yes but flamboyant frontman Sebastian Bach went on to grace the Broadway stage, with starring roles in Jekyll & Hyde, Jesus Christ Superstar and The Rocky Horror Picture Show. He also appeared for seven seasons on the hit television show The Gilmore Girls. This is his tell-all. 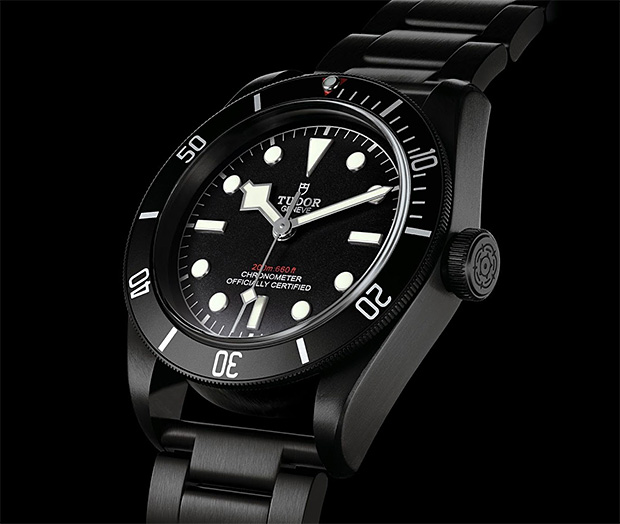 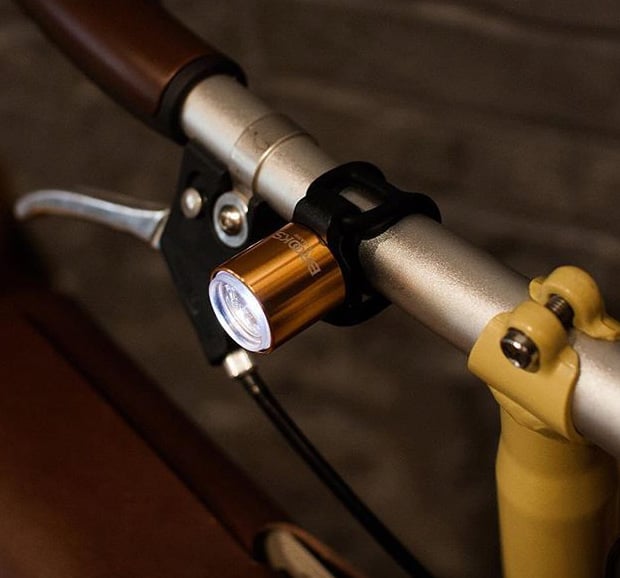 Brooks’ compact Femto bike light has a classic looking copper housing with a bright white LED light source. It mounts to your bar or frame with a flexible rubber strap that won’t scratch paint & can be quickly removed for use on all your bikes. 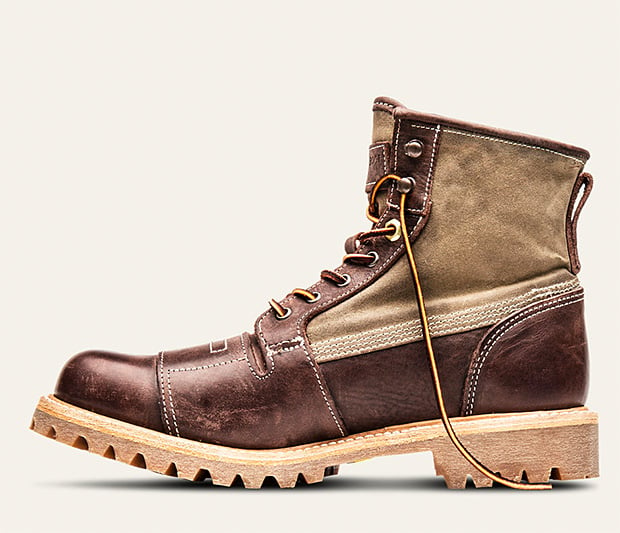 Constructed with full-grain leathers made in the USA and inspired by their original pole-climbing boots of the early 1900s, Timberland’s new Lineman boots are built to be rugged and abrasion resistant. They’ve got a lug rubber Vibram outsole & rawhide laces with 90-pound pull strength. 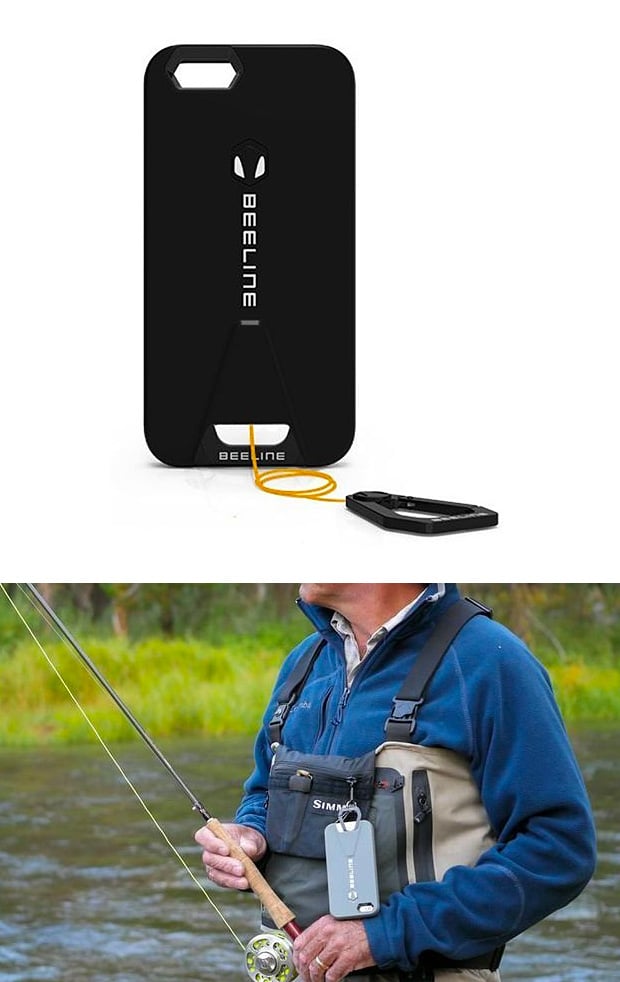 The modern man’s version of the chain wallet, the Beeline cell phone case features a retractable 30-inch Kevlar cord leash with attached carabiner. With this idiot-proof protective case, you’ll no longer leave your phone behind. The leash reel and ’biner are integrated into the case itself, keeping it slim and out of the way, with no effect on phone function. 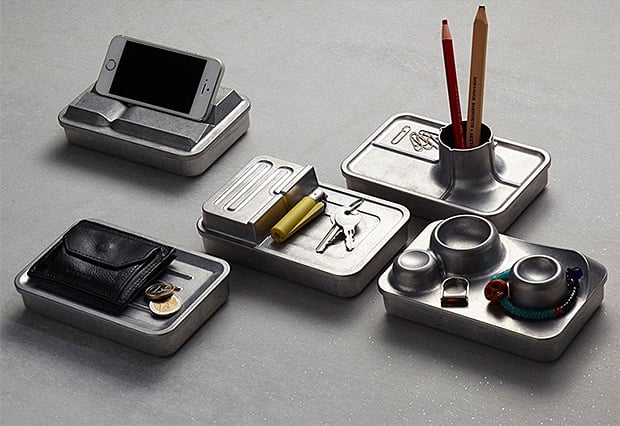 With designs based on various terrain types: hill, waterfall, valley, & volcano, Danzo Studios’ Landscape series desktop organizers will clean up your workspace & store all sorts of devices & detritus. They’re small cases made of aluminum with storage underneath. 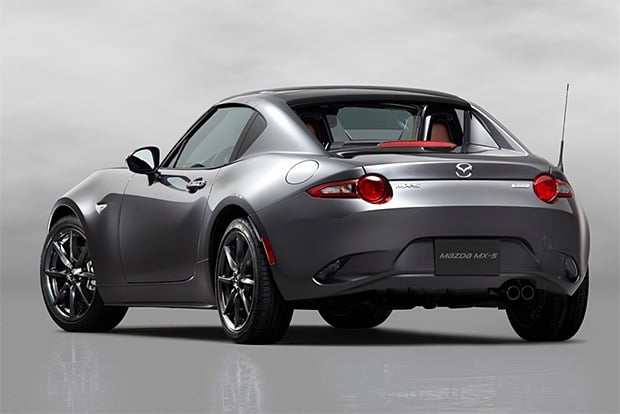 Next year’s Miata, the MX-5 RF, brings back the retractable hardtop. RF stands for “retractable fastback” giving fans of the 155 horsepower, 4-cylinder coupe a hardtop look with the option of going topless with just the push of a button.