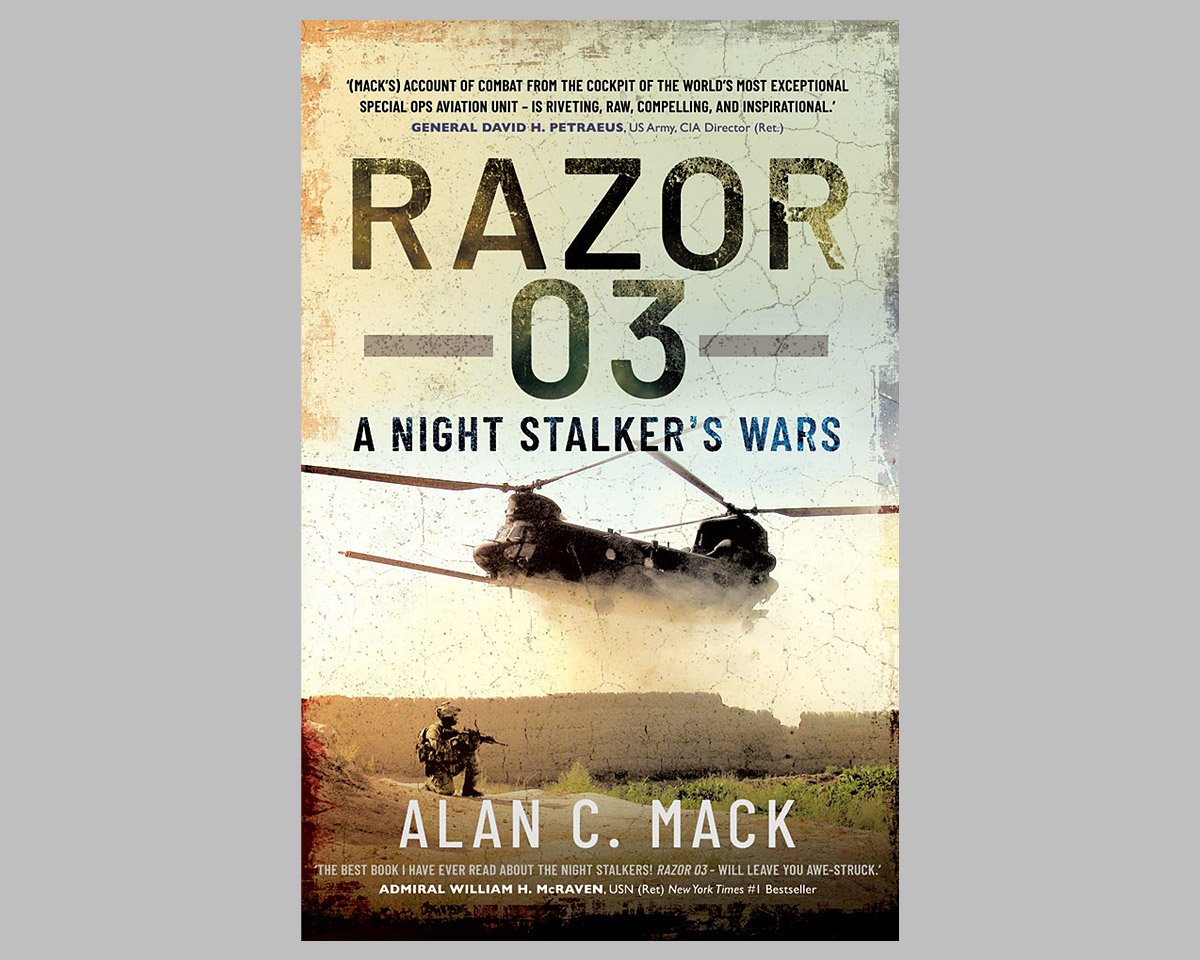 In the wake of the 9/11 attacks, the U.S. Government formed Task Force Dagger, a special operations force trained for both Unconventional Warfare and Personnel Recovery. Among the soldiers chosen for the unit was Alan C. Mack—callsign Razor 03—leader of a flight unit comprised of Chinook helicopters specially modified to do things no standard-built chopper could be capable of.

Through the pages of Razor 03, written by the man himself, you’ll join Task Force Dagger on their most harrowing exploits in years of action, as well as read insights into some of the best-known operations during the War on Terror. It’s a truly exhilarating yet intimate story that sheds a light on the men beneath the uniform and behind the U.S. Army’s successes in military operations around the globe.