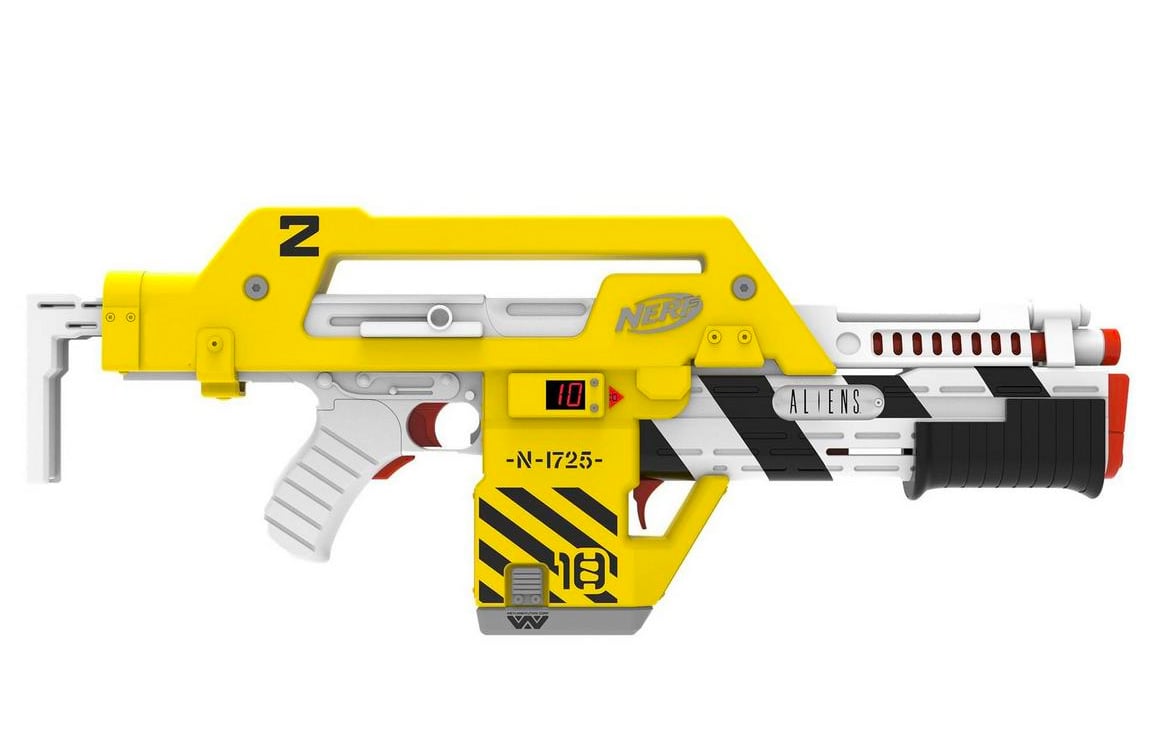 To celebrate the 35th anniversary of the iconic Aliens film, Nerf’s LMTD Aliens M41-A Pulse blaster captures details from the film—weapons used by the Colonial Marine Corps. Re-enact epic alien battles with this pump-action Pulse blaster, it launches 2 different kinds of darts for taking down Xenomorphs or just shooting targets. Fast-blast 10 Elite darts in a row or launch Mega darts with the pump.  Amazing.

The 14 Best Minimalist Metal Wallets for Men in 2022