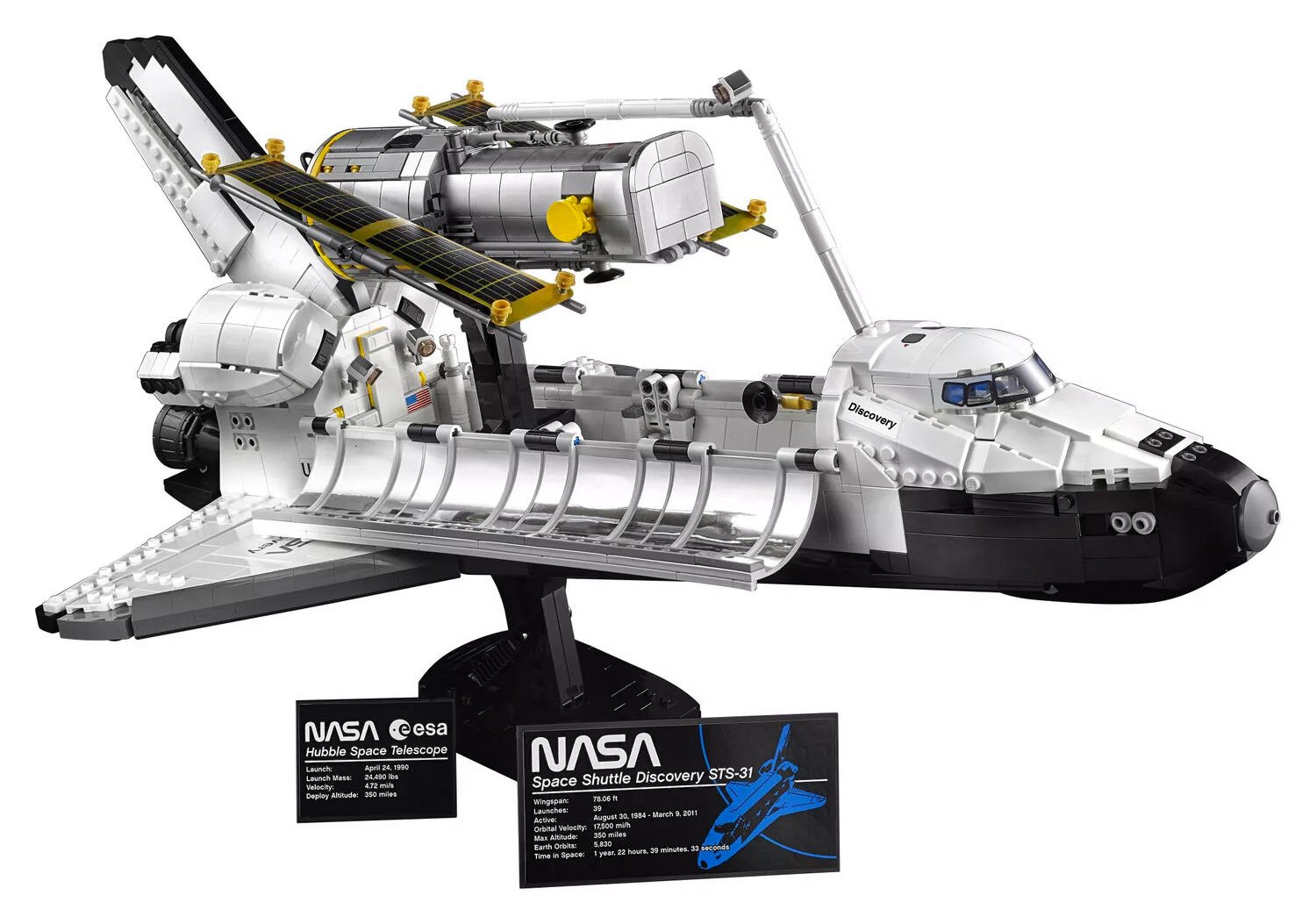 Lego & NASA teamed up for the creation of a new 2354-piece Space Shuttle Discovery set. The set features the iconic Discovery as well as the Hubble Telescope launched on the 1990 NASA STS-31 mission. The roof of the Shuttle opens up to reveal the telescope which unfolds for deployment on an articulating crane arm. With intricate details throughout, it is an epic advanced set for fans of NASA & Lego alike.