Power Your Playlist With A Hydroelectric Shower Speaker 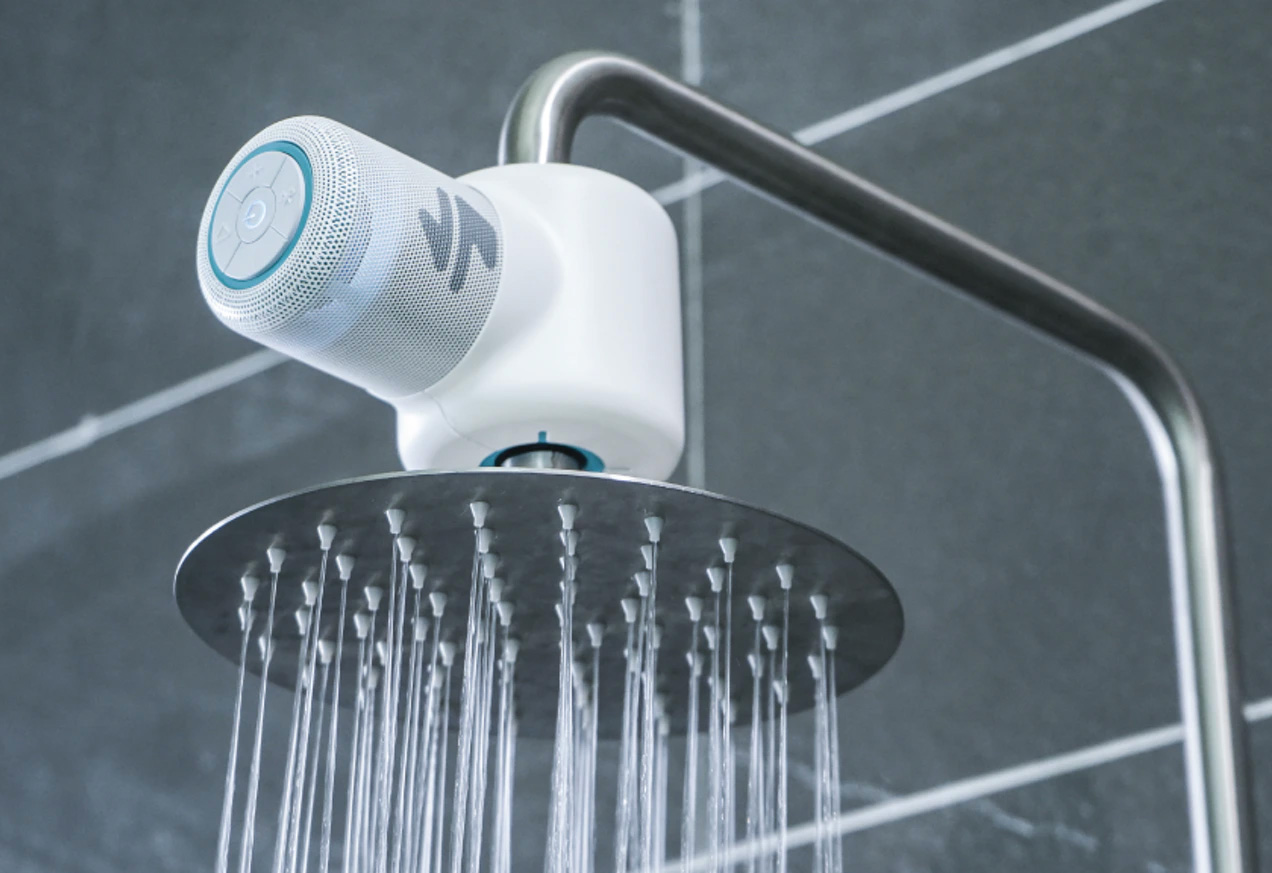 It’s certainly not the first speaker made for playing in the shower but it’s the first one we’ve ever heard that’s actually powered by the shower. The Shower Power bluetooth speaker mounts simply: between the showerhead pipe & the head itself. When the water is turned on, an impeller spins, charging the integrated 2,600-mAh lithium-ion battery—which in turn streams your shower-singing soundtrack. Via bluetooth from your phone or other devise, of course. With a fully charged battery, the speaker can run without the water turned on for up to 14 hours.