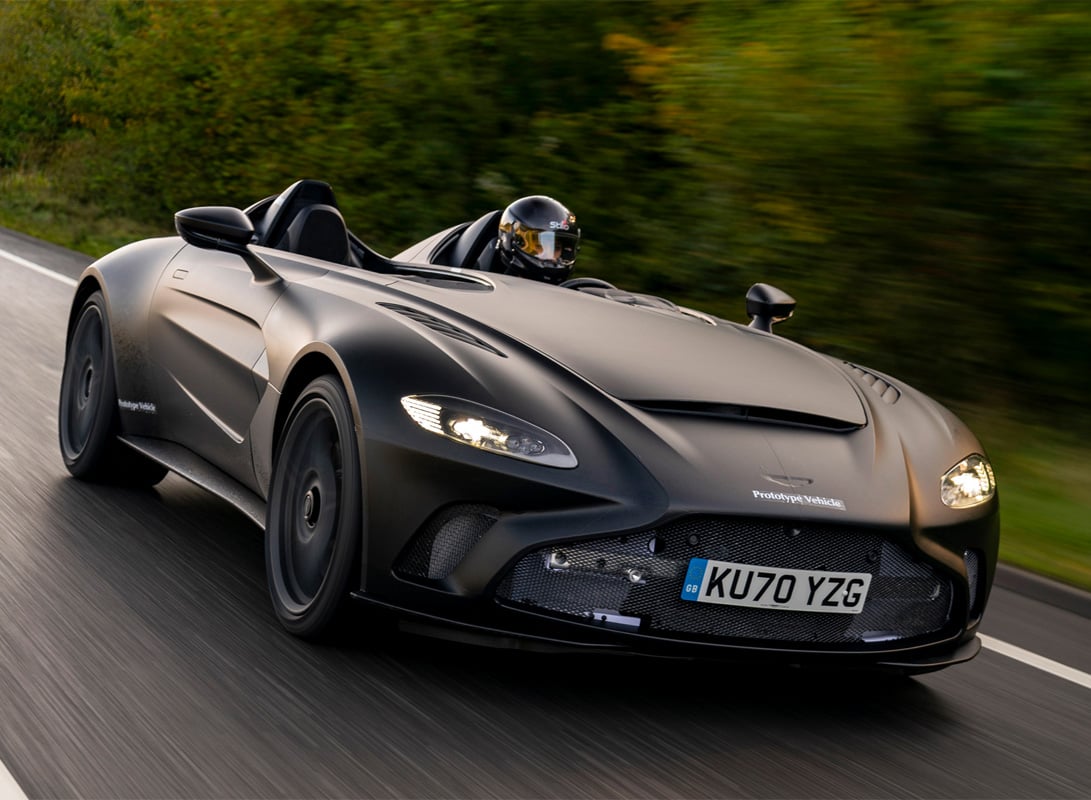 With a projected price tag edging up near the million-dollar mark, the forthcoming and continually-teased Aston Martin V12 Speedster is still in the prototype stages but so far, we like what we see. With styling cues that pay homage to Aston Martin’s racing legacy—particularly the DB3S and DBR1, the new 2-seater coupe will be powered by a 700 horsepower twin-turbo 12-cylinder that boasts a top speed of 186 MPH. Its official debut is slated for some time in early 2021.