Tag Heuer Celebrates 50 Years of the Monaco with Limited Reproduction 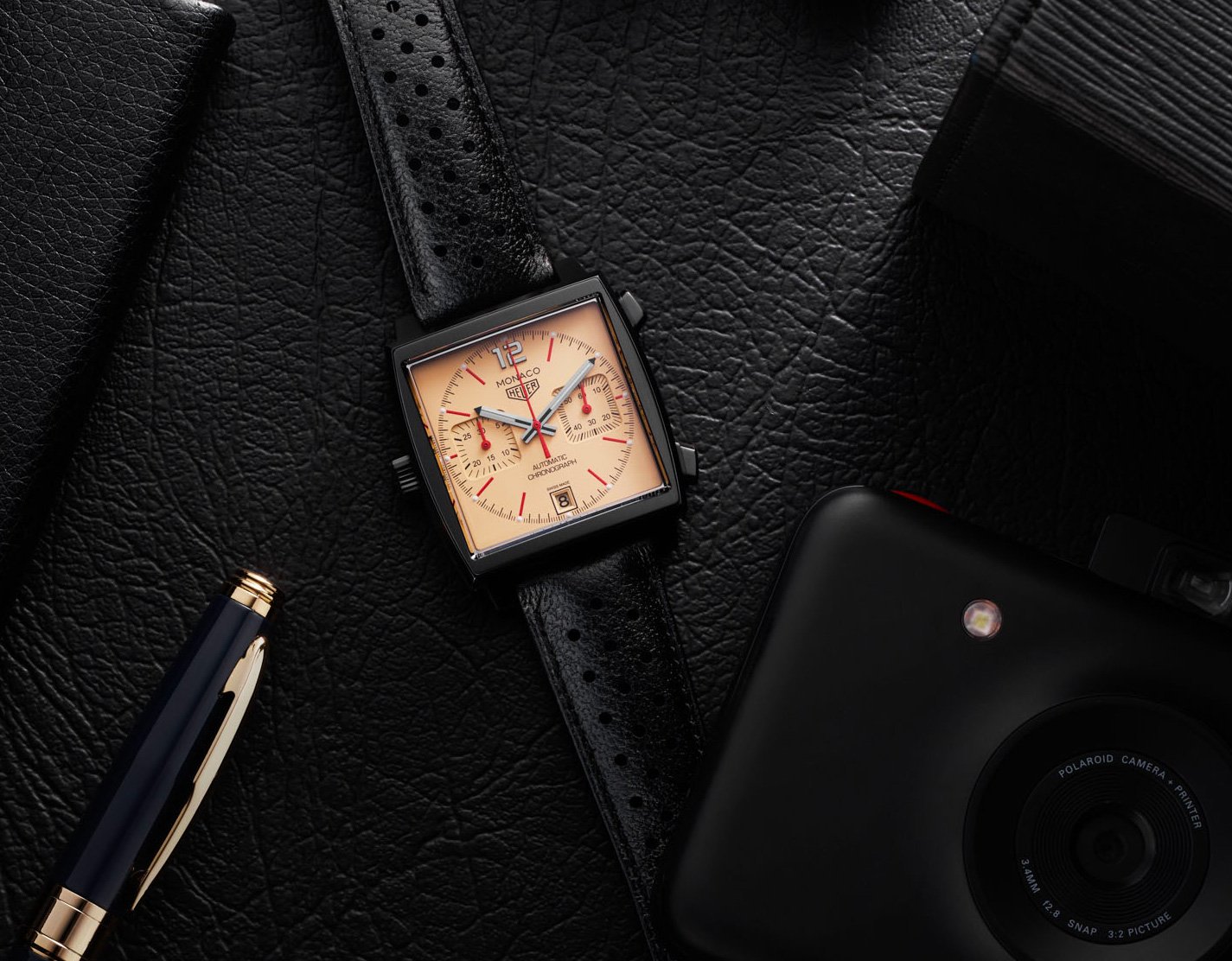 When it launched back in 1969, the Heuer Monaco became the world’s first square Swiss-made chronograph. Worn by the likes of Steve McQueen in the autoracing film Le Mans. Today, it’s back as the TAG Heuer Monaco Calibre 11 Hour Glass Commemorative Edition. It features a 39 mm black PVD steel case and bezel, an off-white opaline dial with red indexes featuring SuperLuminova. Limited to 50 numbered pieces.