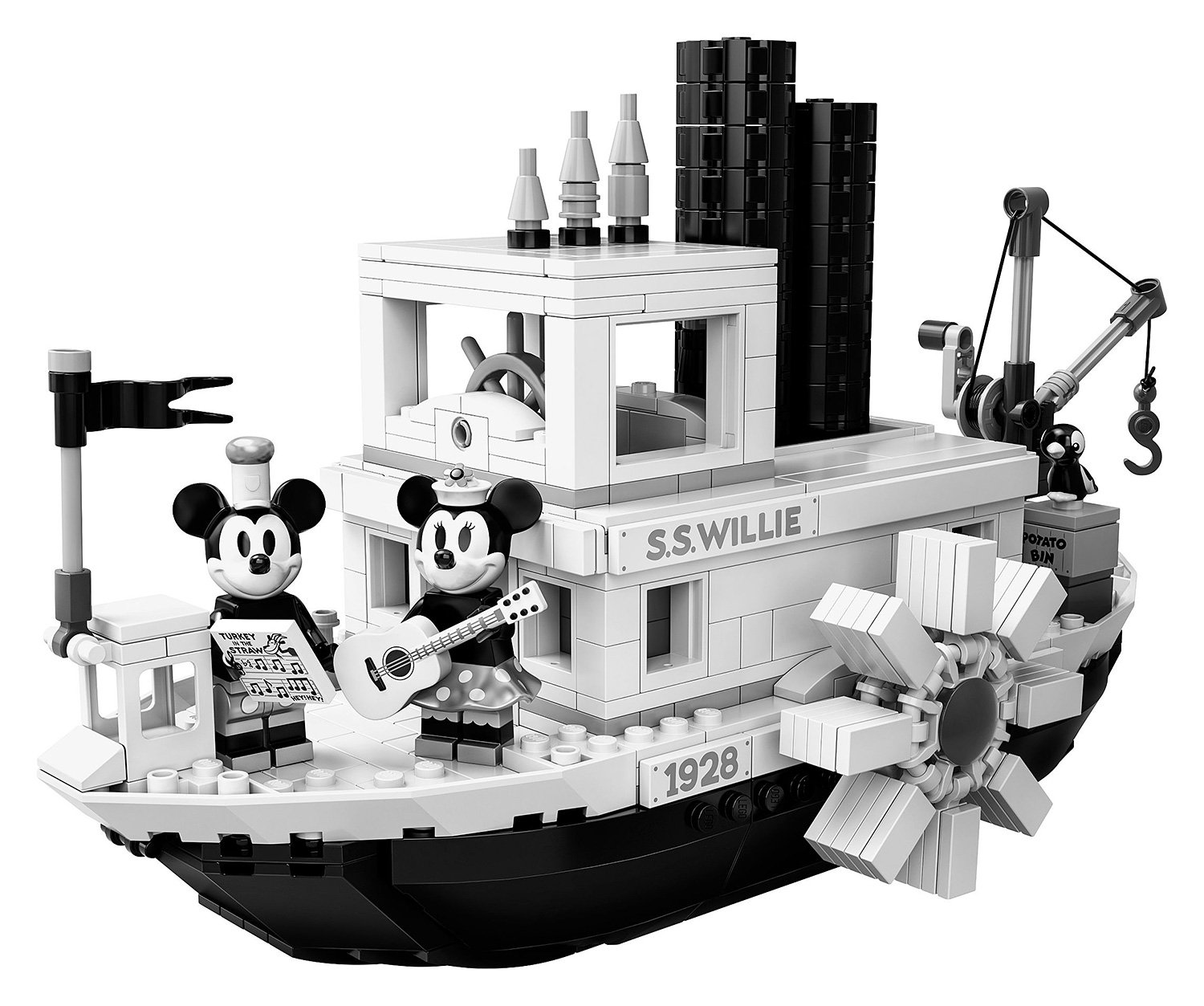 Marking the 90th anniversary of the most famous cartoon character ever, the new 751-piece Lego set celebrates Mickey Mouse as he was seen in his screen debut in the 1928 black-and-white Disney animated short film Steamboat Willie. This Lego brick version of the S.S. Willie features steam pipes that move up and down and paddle wheels that rotate when the boat is pushed along.