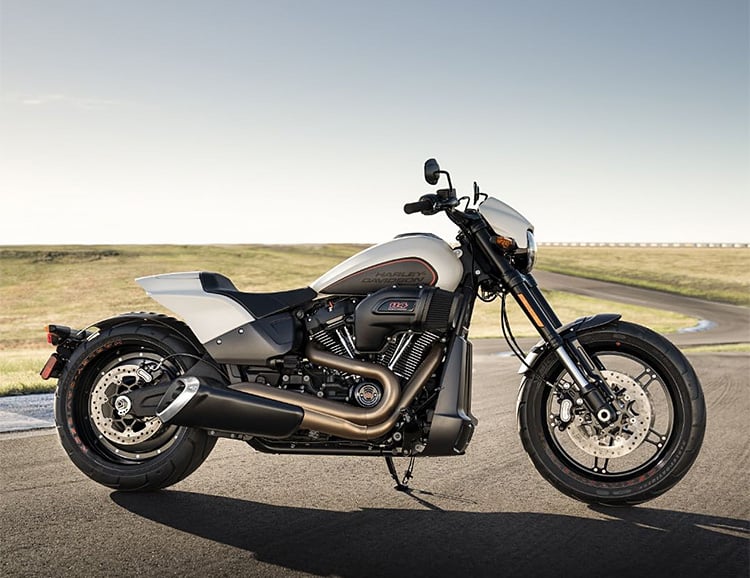 Following the recent announcement of a bunch of new bikes, Harley-Davidson has just unveiled another. The 2019 Harley-Davidson FXDR 114 is a drag racing-inspired cruiser built around the Milwaukee-Eight 114 engine which features lightweight aluminum and composite components to crank up performance. It rides on a Softail frame which has also been lightened & stiffened up for a bike that looks much like a classic Harley but will be leaner, meaner and more performance-focused than the rest of next year’s lineup.