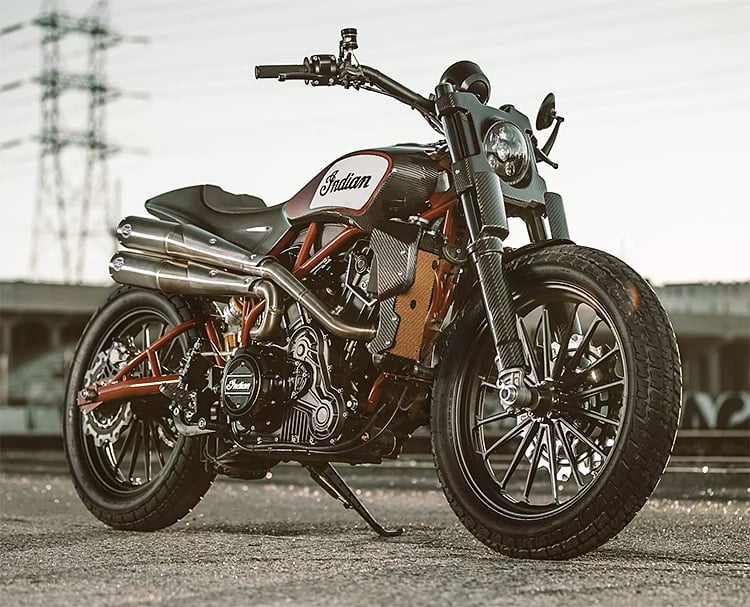 Based on an existing bike in their lineup, Indian’s latest offering is the flat-track inspired FTR 1200, due out in 2019. This is not another upright cruiser with mild tracker styling, this is a legit, production model flat track bike like the one’s Team Indian has been dominating on for the last 2 seasons. It’s powered by an American-made V-Twin, the same 69 cubic-inch powerplant used in the current Scout.

Keep Your Multi-tool Tip-top with the Leatherman Maintenance Kit

The Best Men’s Dress Socks from Classic to Stylish