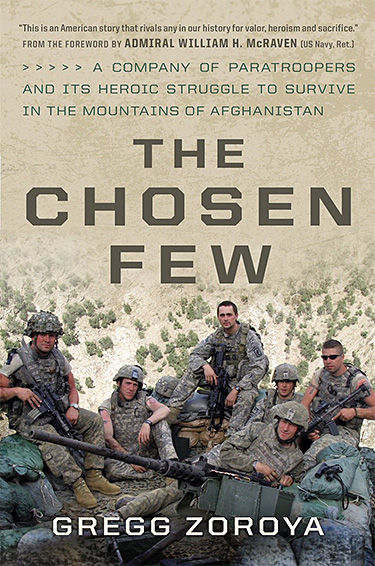 This is the tale of a company of U.S. paratroopers who arrived in eastern Afghanistan in 2007 hoping to help the local people extend the Afghan government’s reach into this remote wilderness & quash the Taliban’s advance. Instead, they spent the next fifteen months under continuous attack, always outnumbered by Taliban fighters. Some of the “Chosen Few” survived; some did not. Two among them received the Medal of Honor for valor in combat.