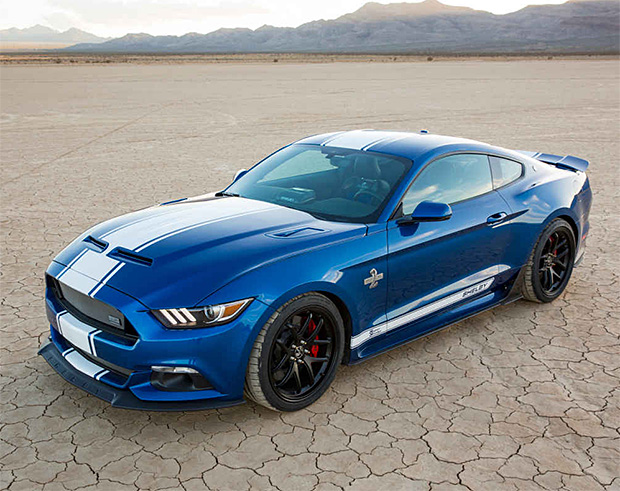 To honor the 50th Anniversary of Carroll Shelby’s iconic cobra, the Shelby Super Snake, Ford has created a new limited edition commemorative tribute.  Based on the Mustang GT but with a new hood, splitters, rockers, and rear end trims, the 2017 Super Snake will be offered in both a 670 horsepower version and a hyper-charged 750-horse version. 0-60 in 3.5 and an ability to stick to corners at up to 1.2 G-Forces. Special Shelby branding is found throughout & instead of a rear seat, it has a roll bar.