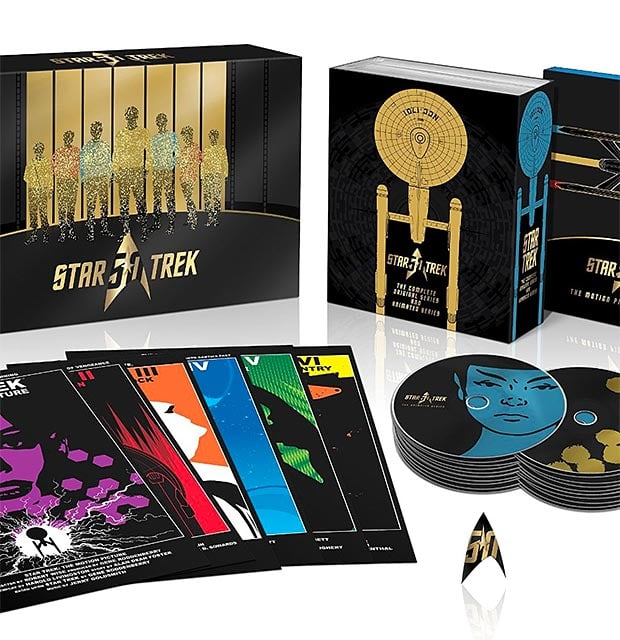 This limited edition 30-disc Blu-ray collection celebrates 50 years of Star Trek and includes every episode and feature film with the original crew, plus a new documentary with 2+ hours of fresh footage, the entire animated series, & a new director’s cut of Star Trek II: The Wrath of Khan. There are also hours of extras, mini posters from the films, and a Starfleet pin.

The Domestic Duffel Wants to be Your Weekend Companion


Protect Your Gen 3 AirPods with the Twelve South AirSnap


Wrap Your Precious iPhone in this Leather Case from Hardgraft


The DEX Combines a Backpack with a Duffel for Max Versatility