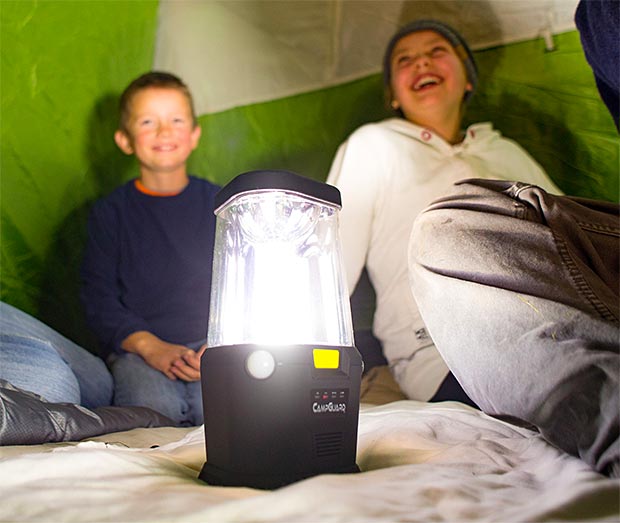 Whether it’s a bear on a midnight stroll through the campsite or something scarier—if that’s even possible—the CampGuard Perimeter Security lantern will immediately light up & alert you. The built-in 360º motion detectors are set with the push of a button, and when they sense movement the 300-lumen LEDs are triggered. After 15 seconds with no movement, the lantern turns back off automatically. When not in security mode, it functions as a normal LED camp lantern.


Solo Stove Fire Pit 2.0 Now has a Removable Base Plate and Ash Pan

The Best Men’s Dress Socks from Classic to Stylish

The Best Men’s Lounge Shorts for Kicking Back in 2022