NFL Confidential: True Confessions from the Gutter of Football 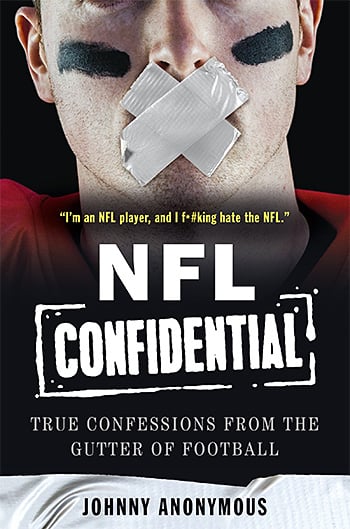 Written by an anonymous NFL backup player who, despite hating the game of football, managed to rise to the sport’s most elite ranks. He spent 2 seasons earning hundreds of thousands of dollars to stand on the sidelines doing nothing until a starting lineman is injured & suddenly he gets called in. Sparing no details of what really goes on inside the game, Johnny Anonymous reveals a never-before-seen side of the NFL.